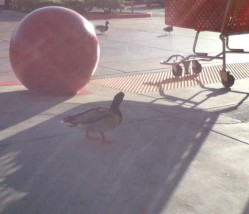 Wow.  Time flies when you’re having fun. Nearly a year ago, DJ Really Sloppy and I did a fantastic pair of Soul Shows back to back, and in doing so, created some fantastic radio.  In that time, a lot has changed: I left the studio I’d been with for years to venture off on my own, and DJ Really Sloppy became unstuck in time, appearing randomly on the show in a variety of capacities.  But this time, something rather unusual happened: a show he recorded a full year ago was (finally) uploaded to the server a full year later.

DJ Really Sloppy says that he called me a year ago, immediately after he recorded this show.  But I only received that call when I went on the air to do a show today.  Regardless, you get to reap the radio benefits, in the form of a fantastic show by Mr. Sloppy himself.  I’ll leave you with some words from the DJ’s mouth:

This is strange.  I had called DJ Austin Rich after I finished this show last year to see about getting it posted on the Blasphuphmus blog, which I only vaguely remember.  At the time I thought he was acting kind of weird.  But when I checked in with him today, he said I’d actually just a short while ago interrupted the show he was going to do that day.  Whatever, here’s some songs from a year ago.

And, wow, what a horrible choice for a random quote right after Gilly Hanner’s song about getting the crap kicked out of her by the cops at the Satyricon riot.  I wasn’t even paying attention.  Obviously.

p.s.  Since DJ Austin didn’t really have much in the way of songs on the “egg theme”, leave your suggestions in the comment area and maybe he can give it a try again later.  Say, for Easter?