VideoZine#4: “Why Are We Here?”
(Our first compilation, with material by artists and directors from a number of under-represented places.)

Our program is always evolving and changing, and one vision that I have always had for these VideoZines is that I could begin to incorporate the work of other directors.  There are a number of people who are in the same realm as I, making videos and trying to exhibit their seed of creativity.  Why not create a platform for some of these videos and artists?

This collection raids the BlasphuphmusRadio archives, where I present video that has never been seen in this form before.  I have a variety of video treats that have been suffering for a variety of reason, namely due to poor audio and bad editing.  Presented here for the first time are live performances by bands that appeared on Blasphuphmus Radio & Is This Music?  These performances were booked by Johnathan Boober, and feature incredible performances by Nasalrod, SLOTHS, Valkyrie Rodeo & RABBITS.   Rounding out this collection are two videos shot during practice performances by The Nervous & Moth Hunter.  The Nervous performance is of particular note, as they have become quite a powerhouse live outfit, and this recording was captured before they had even played live for anyone by their partners.

In addition to these live videos (all featuring newly remastered audio, and re-edited for this presentation), we also feature work by a number of directors, including Nil Admirari (eponymous, Library of Congress, Esmar Road), Matt O. (Half Eye, Iarvles, Dry Cleaners), Colin Hicks (Vomit Violence), Ryan A. Ray (” ‘Ho,’ The Humanity”), Paco Jones & Eric Hausmann.  Each of these directors have a unique and distinct voice that is compelling and beautiful, and it is no wonder that with all of them, film is only part of the passion.  These videos represent some cool work that you will not see anywhere else.

In addition to that, it is with this episode that we declare that this is an office show.  The VideoZine will continue this year, and hopefully continue to return for subsequent seasons.  Our plan is to produce at least Six episodes this year, but it is possible that we might hit the Eight or even Ten mark, depending on how productive the next month is.  We do not make any money off this program, but we do enjoy making it, and hopefully you enjoy what we do, too.

This episode has all the bells and whistles: a remastered soundtrack, individual videos you can link to for each segment of the show, and the typical 60 minute presentation that we’ve come to know and love.  I’ve done my best to create a little audio narrative, and to have some fun, so hopefully you do, too.

VideoZine#4
“Why Are We Here?”

A good friend to both Ricardo Wang and myself, Paco Jones has played on both of our shows a number of times, and it a performer like no other.  Following with his heart, he produced music that is singularly his.  While the sounds range from singer-songwriter inclinations, and ranges through the furthest reaches of experimental, to add these descriptors to him feels a bit like cheating.  Paco Jones is Paco Jones, and to hear him is to know what he’s all about.

With that in mind, this show displays his talents in a number of beautiful ways.  First, we get a few samplings from his recorded work.  Then, Paco performs the entirety of his new release, A Second Chance Again, in addition to a song he wrote about recording this EP with Steve Fisk.  Then, Ricardo and Paco sit down to discuss music and art to close out the show.  If you’re looking for an entrance into this unique artist’s work, this is the show for you.

It’s always fun to work with Ricardo, and I’m very pleased with how this show turned out.  Special thanks should also be given to Tunacan Jones, who not only lent a hand with the show, but filmed the black and white video clip that you see above.  Tunacan: you rock.

05.) Nothing Time * Paco Jones * Lost in the Supermarket

Engineered by Austin Rich of BlasphuphmusRadio.com

I love having guests on my show, and so it isn’t surprising that when the idea to do a DJ set with Paco Jones came up, I instantly said yes.  An engineer and his musician have a very special kind of relationship, and after recording him twice I knew he had a lot more to say with his records, too.  At first, he insisted that it would take a while to come up with material.  He e-mailed me back a half hour later, with a six hour set of music picked out.  I knew this would be good.

This show quickly turned into a family affair, too.  It was Paco’s anniversary, so he brought his wife and son down to KPSU for the day, and we all hung out with Ricardo Wang and Lennon.  It was a pretty fun afternoon.  While the show was cut short (the kids were just getting restless with all the adults talking and listening to records), we still got to delve into the musical world of Paco Jones, and these kinds of shows are always very fun for me.

We spent a good amount of time plugging his new album, Signs & Symbols, his excellent new album that is available at all of your usual Inter-Web-A-Tron outlets.  What I find particularly interesting about his selections is that you can almost hear where this album came from by listening to this show.  It’s not obvious, and I wouldn’t say he borrowed too much from any one artist.  But what you do get is a sense of what he was steeped in, how he got there, and where he may go next.

Either way, it makes for a good two and a half hour mix.  Enjoy!

Not content to deliver our usual weekly blast of radio with some cleverly selected songs and concise talk breaks, this week Blasphuphmus Radio brings you something a little bit crazy, merely because we can. Prepare yourselves for a three-hour block of Live Music. Ob-soive!:

This one slowly developed into the show it became. First, Gender Roles contacted me about a live in-studio, and very soon Spokane Belmont got added to the bill. But when

Ricardo Wang came down ill this week, and he asked me to host Paco Jones as well, I called in the big guns and asked Hogwash to host the show for me while I ran sound. Hogwash is a radio genius, and his show is one of the best things on the dial these days (he also works over at KBOO, engineering twice a month on Mondays). Between his know-how, and my sound-tech skillz, this proved to be a fantastic three-hour block of radio that you can’t deny.

Who knows what the future holds? Tune in, and find out.

See ya in seven. 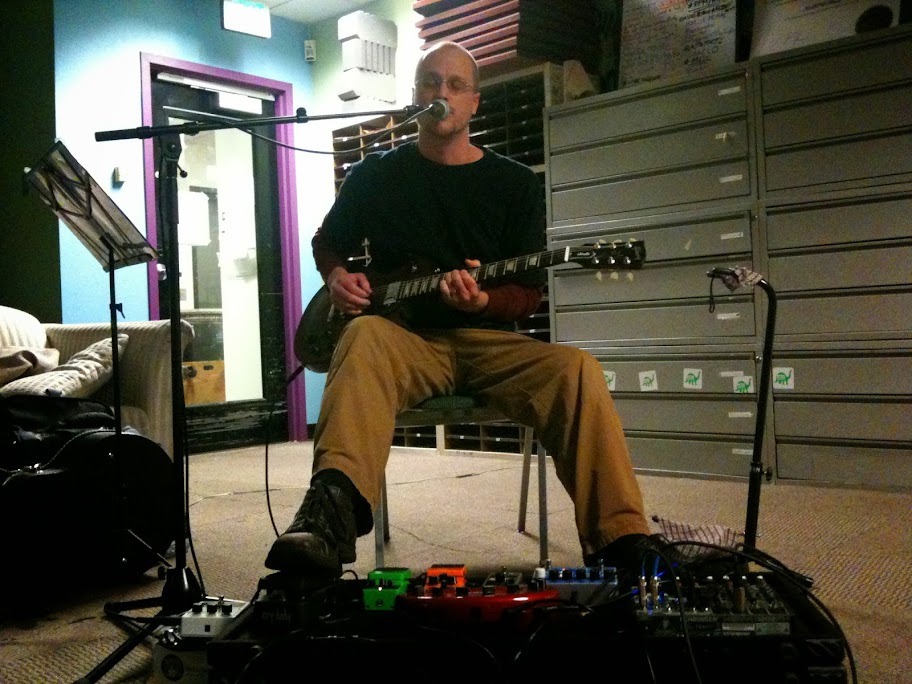